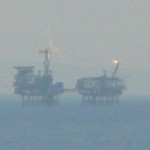 Disclosure: I have no financial interest in Premier Oil.

Premier Oil’s interim results confirmed my view of this stock: this company has good assets and is operating well, but its debt situation means the stock remains a sell for equity investors.

Here’s are four reasons why I think big losses are likely for Premier Oil shareholders.

1. Covenants would be breached if tested

Net debt rose to $2.6bn during the period and is expected to peak at $2.9bn during Q3. The firm’s net debt/EBITDAX ratio was an eye-watering 5.2x at the end of June, significantly above the firm’s covenant maximum of 4.75x. This is why covenant tests have been suspended while refinancing discussions are ongoing — Premier and its lenders don’t want the firm to fall into default.

However, the significance of this situation is that Premier’s lenders have the firm over a barrel. Premier can’t walk away and find a better deal elsewhere. It has to reach an agreement with its lenders, otherwise it will default on its loans and risk being put into administration.

Premier isn’t just tweaking the terms of its loans. In the results webcast yesterday morning, Premier’s FD Richard Rose said that the current debt negotiations are “effectively akin to a full refinancing of the group”.

Mr Rose also explained that the firm has “four or five” lending instruments, each of which has multiple lenders behind it. He estimates Premier is dealing with about 50 lenders in total. So the complexity involved in the negotiations is considerable. Reaching agreement won’t be easy and the lenders have the upper hand.

Premier is hoping to agree revised covenants and longer maturities on some of its loans. In return for this, management expects to accept higher interest rates and to use the firm’s assets to secure its debts.

Details of the refinancing should be finalised during the second half of the year. Shareholders may feel that they are safe, because Premier’s current 78p share price equates to a discount of about 40% to the group’s net asset value.

However, my view is that if Premier’s lenders are having to make compromises and wait longer for their money, then shareholders are also likely to face losses. One possibility is that lenders will get a slice of Premier’s equity, perhaps through the issue of a large number of warrants for new shares.

One interesting figure from yesterday’s call is that Premier’s interest costs currently amount to about $5 per barrel. This could rise as a result of the refinancing. This figure gives a real taste of the burden the group’s debt pile is placing on its cash flow.

At $50 per barrel, 10% of Premier’s revenue would be absorbed by interest costs alone. Repaying the capital on these loans at sub-$60 oil prices won’t necessarily be easy or quick, especially as the group’s cash flow faces an additional risk in 2017.

During H2, Premier’s existing hedging positions means that the group will be able to sell oil at an average of $65 per barrel. But in 2017, this coverage tails off. Premier’s figures indicate that current hedging will only provide an average oil price of $45 per barrel in 2017.

If the oil price doesn’t make progress above $50, then this lack of hedging could have a significant impact on Premier’s cash flow.

Premier was tight-lipped about the likely terms of its refinancing in yesterday’s call. But it’s clear from management comments that other potential sources of cash — such as pre-pay agreements for oil and gas sales — won’t be viable until the firm’s lenders have agreed a new deal.

I think there’s a reasonable chance the refinancing package will include some kind of dilution for shareholders.

Even if it doesn’t, shareholders should remember that both growth and shareholder returns will effectively be off the cards for the next couple of years. Furthermore, if oil stays low, Premier’s financial difficulties could become even more severe.

I can’t see any reason to own the shares at this point in time.