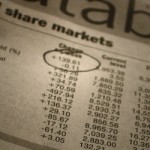 Disclosure: I own shares of Barclays and Standard Chartered.

It’s been a dismal results season for shareholders in most of the UK’s big banks, which seem more like value traps than value buys.

But that’s enough sour grapes. Two of these upstanding corporate citizens — Barclays and Standard Chartered — feature in my value portfolio. Should I hold on for better days, or is the downside risk big enough to make selling a more prudent option?

As I’ve commented before, there’s no real way for a private investor to gain a meaningful understanding of a big bank’s balance sheet. We’re completely reliant on the information provided by the banks themselves in their results. Typically there is quite a lot of this, much of which is also fairly inpenetrable.

Because of this, I tend to focus on a few key factors which I believe could make or break banks’ recoveries. On this basis, let’s take a closer look at each bank’s results.

With Standard Chartered, the defining issue — in my view — is bad debt. In 2015, underlying loan impairments rose by 87% to $4.0bn. This excludes a further $968m impairment relating to the $20bn portfolio of risk-weighted assets which StanChart is currently trying to liquidate.

While the percentage is currently low, the trend is clearly alarming. The majority of this additional impairment appears to relate to loans to commodities and to clients in India. The outlook appears uncertain, but I think you’d have to be pretty optimistic to believe things couldn’t get any worse.

Consensus earnings forecasts for Standard Chartered have fallen by 54% over the last three months. Net profit for 2016 is now expected to be just $676m. This year could be pretty bad and I wouldn’t be surprised if the bank reports another loss. However, bad debt problems will eventually moderate, and I don’t believe Standard Chartered’s business model is broken.

On a 2-3 year timescale, I believe a recovery is more likely than not. I’m holding for now.

What a disappointment. The dividend hike we’ve been looking forward to for the last year has been scrapped. New boss Jes Staley will honour the 6.5p expected for 2015 but has slashed the payout to 3p for the next two years.

My big concern at Barclays is not bad debt, nor the misconduct charges bemoaned by chairman John McFarlane. These problems will eventually subside, in my view. The risk here seems to be that the bank just isn’t profitable enough to generate decent shareholder returns.

On this basis, the bank’s plans to sell its Africa business and focus on building a transatlantic corporate, retail and investment bank makes sense. While the Africa business is profitable and should be a long-term growth story, it’s not a close fit with the rest of the bank and is weighing on Barclays capital ratios.

The dividend cut makes sense too. Barclays needs to solve its problems and strengthen its balance sheet as quickly as possible. Saving more than $1bn over two years by halving the dividend is a sensible move. It should pay for some of the bank’s cash restructuring costs.