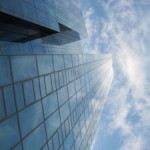 As a North Yorkshire resident, I can’t generally justify travelling to London for investor events. So I was happy to receive an invite to the inaugural ShareSoc Growth company seminar in Leeds on Tuesday 19 July.

The evening followed a pleasant format, with a break half-way through and a buffet at the end, giving everyone a chance to speak to each other and to the execs from the presenting companies. Drinks and refreshments were available throughout and the organisation was excellent.

The location was a central Leeds hotel, just five minutes from the station and from a nearby multi-storey car park.

A similar event is planned in Altrincham in on 27 September and again in Leeds later this year, so if you’re interested in attending (it’s free), keep an eye on the Events page on the ShareSoc website.

Here’s a quick round-up of my notes from the event.

A small cap (£151m) REIT focusing owning and developing provincial retail property. Headquartered in Leeds, where 55% of its portfolio is located. Other major sites are in Manchester, Glasgow, Edinburgh and increasingly some of the outlying London towns, e.g. places like Watford.

Family owned, with the Ziff family controls a total of 61% of the shares, according to executive chairman Edward Ziff, who is the founder’s son. Listed since 1960 and has never cut its dividend — although the payout also hasn’t increased since 2011.

On the face of it, this looks a well-run company which has adapted to the decline of the small town high street by withdrawing from smaller towns and focusing on larger properties in key cities. The group is currently in the middle of its second successful foray into the parking business, although Ziff warned they might sell at an opportune moment, as they’ve done before.

One potential concern here is that gearing is high by REIT standards, with a loan-to-value ratio of almost 50%. This compares to c.35% for larger REITS such as British Land and SEGRO (disclosure: I own shares in SEGRO).

Ziff was unapologetic about this and says the group’s stable lease income has historically enabled the  firm to maintain high gearing without problems. He made the fair point that Town Centre Securities didn’t have to raise cash following the financial crisis, unlike a number of its peers.

A set of financial data for each company was provided by Stockopedia, which highlighted an interesting quirk. Stockopedia show’s the firm’s earnings per share falling dramatically in 2016. But this isn’t the case.

According to FD Duncan Syers, this is the result of accounting rules requiring the group to state earnings per share including a property valuation surplus. True earnings last year were 12.1p, inline with forecasts for the current year.

My view: Town Centre Securities currently trades at a 20% discount to NAV and offers a yield of about 3.7%. Earnings and dividend growth seems likely to remain slow, something Ziff blamed on the low interest rate environment. The shares look reasonably valued at the moment, but I might be tempted if they fell further.

Fishing Republic is a retail roll out that’s targeting the creation of a nationwide chain of large format (4,000 sq. ft+) fishing tackle shops.

The group floated on AIM in June 2015, and has opened or acquired four new stores since then, taking its total to 10. When questioned about expansion plans, CEO and founder Stephen Gross said that the group was comfortable with the rate of expansion it had managed since the IPO, from which I’d infer that four large stores a year is achievable, perhaps more.

Questioned about the size of the target market for acquisitions, Gross said that there were 2,300 tackle shops in the UK, of which about 100 are large enough to meet Fishing Republic’s requirement for a large format store.

Questions regarding the rate of stock turnover and working capital were raised in the context of Paul Scott’s comments on Stockopedia. FD Russell Holmes said that stock turn varies widely — some stock turns over very quickly, e.g. bait and consumables, while some is much slower. Overall he’d expect established stores to have a stock turnover rate of 3-6 months.

My view: I can see that a strong brand plus a large choice of stock in-store will help Fishing Republic build up a loyal client base. This will help to generate big ticket sales and gain market share. But it does seem to require the group to tie up a lot of money in stock. The company invested almost £1m in working capital last year, versus forecast sales for this year of £6.5m. Cash generation could be a concern here.

If historic operating margins of 10%+ can be maintained, along with decent like-for-like growth on top of acquisitions, then this model could work. The group recently raised £3.75m in a placing from a group of investors including former Tesco boss Sir Terry Leahy (disclosure: I own shares of Tesco). This year’s interim results should provide a more accurate view of progress.

Instem provides software and related services which helps life sciences and pharmaceutical companies manage and compile the data they need to test, develop and gain approval for new products. The company has an impressive roster of clients, including most of the big pharmaceuticals.

As you might imagine, developing and testing new drugs involves a lot of data. Because patent protection starts from a relatively early point in the development process, there’s money to be made from speeding up this timeline. Doing so extends the time during which the drugs can be sold with patent protection — i.e. at much higher prices. The impact of the ‘patent cliff’ seen over the last few years has brought this into sharp focus, both for investors and for the industry.

Instem’s goal is to make itself an indispensable service provider whose software helps speed up drug development. A 98% customer retention rate suggests that Instem’s products are quite sticky. Once years’ of test data are populated into a system, shifting to an alternative isn’t attractive.

Looking at the financials, Instem’s revenues have risen by 63% since 2010, but profits haven’t followed suit. The company says this has been due to investment in a more comprehensive global sales and support network.

My view: CEO Phil Reason says the firm’s expansion is now largely complete and that results should start to follow. Current broker forecasts are for earnings of 10.4p per share this year, putting the stock on a P/E of 22.

I can see that helping manage big data for pharmaceutical firms could be a big business. But I’d want to do more research to understand the size of the potential market and the position of Instem’s competitors.

I’d also take a closer look at the firm’s accounts — Instem is quite an old business and a quick look shows a £3.9m pension deficit that required a £427,000 cash payment last year. These are material figures versus a forecast 2016 net profit of £1.7m.

Inspiration specialises in selling medical equipment for neonatal intensive care and operating theatre applications. It started as a distributor, but is moving progressively into selling its own equipment, which offers greater growth and profit potential.

The company was founded in 2003 by CEO Neil Campbell and sales director Toby Foster, who were at the presentation. They came across as expert and enthusiastic and clearly have a successful long-term partnership. There’s certainly a key person dependency here — if either were to leave the company, shareholders would be right to be worried, in my view.

The firm does a lot of business with the NHS — Campbell estimated that some of its core neonatal intensive care equipment has a penetration rate of 70-80% in UK hospitals.

Overseas growth — selling its own product range — is an opportunity that could deliver long-term gains. However, this may come at a measured pace, due to the time which can be required for regulatory approvals.

The UK’s leadership in medical training appears to be a key advantage in terms of overseas growth. Doctors from all over the world are trained here. They then do rotations in NHS hospitals, where they gain exposure to Inspiration’s equipment. On returning home they then act as advocates for its adoption in their own countries.

Inspiration stock is very tightly held by Campbell, Foster and the two other founding investors. Free float is just 20% and the spread is pretty painful. Campbell says they are aware of this problem and are working on a way to release stock into the market without (in their view) selling too cheap or spooking the market with an apparent founder exit.

My view: According to Campbell, the company has always been cash generative and remains so. Forecasts for this year and next put the stock on a P/E of about 17, which seems reasonable for a company with a track record of steady growth. As with Instem, I’d want to do more research to understand the competitive landscape and growth potential.