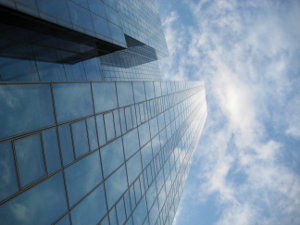 ShareSoc’s northern expansion is continuing (!), and the society held another of its growth stock seminars in Leeds last week.

As previously, the event was very well organised, with food and drink provided. The seminar was held in the Cosmopolitan Hotel in central Leeds, which is just five minutes’ walk from both Leeds station and a multi-story car park. It’s a very easy location to get to.

Further events are planned in Leeds and Manchester, as well as the usual locations ‘down South’. Full details are available here.

Here’s a quick summary of my notes and thoughts from the event.

The story: AIM-listed Premaitha Health is focused on developing non-invasive pre-natal DNA tests (NIPT) for pregnant women. The firm’s main product is the IONA test, which was launched in February 2015. This test estimates the risk of a fetus being affected with Down’s syndrome, Edwards’ syndrome or Patau’s syndrome.

The IONA test is designed to provide more accurate results than the current ‘combined test’, while avoiding the risk and discomfort associated with more reliable but invasive tests such as amniocentesis.

Premaitha claims a reasonable share of the NHS market, and says that it is growing abroad. The firm says that the market for NIPT is growing fast globally, and believes IONA has some significant advantages over competitors.

Revenue rose to £2.5m last year, during the firm’s first year of commercial sales. Revenue is expected to be about £6.5m this year, but Premaitha expects to continue running at a loss as it expands its marketing operations and laboratory installations globally.

Possible problems? Unfortunately, a cancelled train meant that I arrived halfway through Premaitha’s presentation. As I sat down, Premaitha’s management was on the receiving end of some pointed questioning from the audience. There were two topics.

The first was the details of a £9m funding deal with Thermo Fisher, whose DNA sequencing platform is used by Premaitha. I’m not quite sure what the perceived concern was, but at least one audience member wanted to know more about the detail of this deal than management was prepared to divulge. I assume the investor’s ultimate concern was potential dilution.

The second concern was the ongoing patent infringement action against Premaitha by DNA sequencing platform Illumina (a rival to Thermo Fisher). Premaitha’s firm view is that the allegations are unfounded. However, defending them is likely to be costly. Premaitha provisioned an additional £5.8m against litigation in its results last year.

My view: Premaitha appears to have a good product and to be showing signs of successful commercial growth. But as a layman, I’ve no real way of knowing how likely it is that IONA will become a major commercial success. There’s also the overhanging risk of the legal action.

The story: Evgen Pharma floated on AIM at the end of 2015. It’s essentially a ‘one-molecule company’, but its product, SFX-01, already has three or four potentially major applications. Two of these — for treating subarachnoid haemorrhage (a very dangerous type of stroke) and metastatic breast cancer — will enter Phase II trials later this year.

The gist of the story is that the molecule behind SFX-01, sulforaphane, is naturally derived from brassicas, most notably broccoli. The clever bit is that it’s only released by another molecule once the digestive process starts. You can’t extract it directly.

It’s science like this which lies behind Daily Mail stories about superfoods, but don’t think you can cure cancer by eating a lot of brocolli. According to CEO Dr Stephen Franklin, you’d have to eat 2.6kg per day of broccoli per day to get one dose of SFX-01. Most people, he advised seriously, are sick after about 300g.

What makes Evgen slightly different to some other small drug development companies is that the therapeutic properties of sulforaphane have been known about for many years. According to Evgen, more than 2,000 peer-reviewed articles have been published on sulforaphane since 1992. All have been positive. The problem has been finding a way of packaging the molecule stably for clinical use. Sulforaphane on its own must be stored at -20C!

Evgen has managed to find a way of packaging sulforaphane in a clinically stable format, known as SFX-01. If either of its Phase II trials are successful, then the shares could be worth multiples of the current price. These trials are expected to complete by H1 2018 and Evgen is now fully funded until the end of 2018. This means investors should have a clear picture of what to expect.

My view: One of Dr Franklin’s key goals was to convince us that Evgen is lower risk than many other small pharma stocks. His case is that the large volume of peer-reviewed literature backing the science behind sulforaphane reduces the risk of the drug trials failing.

As a layman, I was impressed with Dr Franklin’s presentation and clarity of his investment proposition. However, as with Premaitha, I can see no way for a non-expert investor to quantify the likelihood of success or failure, so I’d class this as a high-risk, high-return investment.

The story:  Palace Capital was founded in 2010 by Neil Sinclair, a very experienced property man. He reversed into an AIM-listed shell company and then started making acquisitions in the regions, at a time when the view in London was that the rest of the UK was still in recession.

Mr Sinclair’s view is that there is still a supply shortage of decent commercial space outside London, especially in tier 2 cities like Milton Keynes. There has apparently been a lack of new development since the financial crisis. Management believe that rental rates are still rising strongly in these areas.

Palace Capital’s modus operandi is to use Sinclair’s experience and network of contacts to acquire distressed, partially-let and off-market properties, where the sellers are keen to sell and Palace is able to get a good price.

Once a property is acquired, Palace will actively manage and — if necessary — redevelop or re-purpose a property in order to increase rental rates and add capital value. There’s a strong focus on capital growth, rather than just rental yield. This could be one reason why Palace isn’t a REIT — I didn’t manage to ask the directors about this.

Evidence so far suggests that Palace is executing well on this strategy. Net asset value has risen to £106.8m, based on  £63.5m of equity raised to date. Rental income rose from £7.5m to £11.8m last year. Net gearing is acceptable — if not especially low — at 40%.

Palace has started paying a progressive dividend, which is expected to rise to 18p per share this year. At current prices, this gives a forecast yield of 5.1%.

My view: Palace shares currently trade at a 14% discount to their last-reported book value of 414p per share. This discount, plus a 5% dividend yield, should be an attractive package.

My concern is that while Palace’s business model clearly works well in a bull market, it might be more vulnerable than some of its peers in the event of a downturn.

The group’s focus on buying distressed and partially-let properties means that both the weighted average unexpired lease term (WAULT) and weighted average debt maturity seem relatively low to me.

Palace’s WAULT at the end of March was 6.3 years, up from 4.5 years in 2015. To be fair, this does seem to be improving, as the group finds new tenants and renews existing leases. However, occupancy fell from 90% to 89% last year. Alongside this, the group’s average debt maturity is just 5.1 years.

By way of comparison, Town Centre Securities — an obvious peer — has a weighted average debt maturity of 10 years, and occupancy of 98%.

If interest rates remain low and the commercial property market remains healthy, then Palace should be able to sign new, longer leases with its tenants. This should secure a higher and more robust level of rental income, and enable the firm to refinance with long-term loans.

However, if the market slows before that process is complete, then I think there’s a risk that Palace could be more heavily exposed than some of its peers to a slowdown. This could have a significant impact on the value of the firm’s equity.