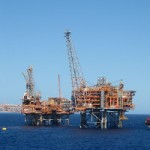 Disclosure: I have no financial interest in companies mentioned in this article.

I recently considered adding consultancy group RPS Group Plc (LON:RPS) to my value portfolio. This firm specialises in energy and infrastruture consultancy, with a particular emphasis on oil and gas.

I was attracted by RPS’s seemingly modest valuation of 10 times 2015 and 2016 profits, and its 4.2% yield. The firm’s strong presence in the Middle East, where cutbacks from the oil price collapse seem less severe than among the big oil majors, was also attractive.

However, when I delved deeper in the numbers, I was not convinced that RPS is a genuine value opportunity.

RPS’s stated strategy is to expand by acquiring smaller companies operating in the same, or complementary, sectors. The firm committed £58m to six acquisitions in 2014. That’s 11.5% of its reported fee income of £505m.

This strategy has generated rising revenue, but not rising profits, which have stagnated since at least 2009. Constant acquisitions have also left the firm with a backlog of deferred consideration, which stood at £26.7m at the end of 2014.

Deferred consideration is payment that will be paid for previous acquisitions, if they meet performance targets. RPS has £17.2m of deferred consideration potentially due for payment in 2015. That’s quite material for a firm which reported operating profits of £50.4m in 2014.

RPS reported a cash balance of £17m at the end of last year, suggesting that additional debt may need to be drawn down to meet these deferred consideration payments.

RPS’s acquisition-led growth strategy might be acceptable if it generated high returns, but I’m not sure that it does.

One possible reason for this could be that RPS is paying slightly too much for its acquisitions. This might result in large chunks of intangible assets bulking up its balance sheet, but generating sub-par returns.

RPS’s earning per share growth appears to support this theory. The firm’s 10-year average earnings per share growth is just 5.5% per year, using reported earnings. These include amortisation of acquired intangibles — in other words, the write down of goodwill paid for acquisitions.

Although RPS likes to emphasise its adjusted profit figure, which excludes these amortisation costs, these represent actual cash paid out for acquisitions. According to the 2014 income statement, “Amortisation of acquired intangibles and transaction related costs”  was close to £20m in both 2013 and 2014.

That’s a big chunk of the firm’s profits each year. RPS’s operating profit was £51.4m in 2009, since when it has remained below this level, in part due to the costs described above.

Shareholders may want to ask if these constant acquisitions really adding enough earning power to the business to justify their cost.

FInancially, RPS appears quite strong at first glance, with net gearing of just 19%. However, net debt doubled from £32m to £73m last year. Looking at the balance sheet, RPS’s current ratio of 1.5 is also decidedly average. I’d prefer to see this closer to 2.

Free cash flow isn’t amazing either. Excluding last year’s acquisitions, the firm’s dividend was barely covered by free cash flow, which of course was heavily negative when acquisitions were included. I’ve already mentioned the pressure on cash flow created by a constant stream of deferred consideration.

RPS may be a good company, but it doesn’t seem a particularly compelling investment at the moment, in my view.