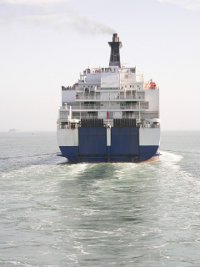 One of the problems with newspapers is that you can’t trust very much of what you read, as a surprising amount of so-called news is actually spoon-fed to journalists by PR companies serving their corporate paymasters.

Take today’s article in the Daily Mail, “Green rules slap £50 on your family ferry fare to France: EU fuel diktat will force prices up in weeks“.

The Telegraph also has an equally poorly-researched and one-sided article, here, which appears to be almost a word-for-word copy of the DM article, thus demonstrating that these article are, in fact, simply warmed up press releases from a PR company representing the shipping industry.

The article is written to pander to Mail and Telegraph readers’ anti-EU and anti-environment tendencies, while simultaneously ignoring many of the relevant facts.

The suggestion is that ferry ticket prices will rise by up to 30% as a result of rising fuel costs caused by an EU-mandated switch to low sulphur fuels for shipping in the Channel, North Sea and Baltic — three of the world’s busiest shipping areas.

The industry lobbyists behind this PR campaign are the UK Chamber of Shipping, who are trumpeting a 2013 report which they commissioned from consultants AMEC. In an attempt to scare motorists into backing shipping operators’ continued use of highly polluting fuels, today’s article also cites a figure from the AMEC report suggesting that the price of road diesel could rise by a surprisingly precise 2.8p per litre, due to the limited capacity of European refineries to produce more of these refined fuels.

Perhaps ferry and diesel costs will rise, a little, but the same rules are coming into effect in many US and Canadian coastal waters on 1 January 2015, and I’d suggest that the 35% fall in the price of crude oil since June will go some way to offset the impact of the extra cost.

Indeed, the current price for the new 0.1% sulphur fuel, known as marine gas oil, is shown today on the bunkerworld.com website as being around $634/tonne in Rotterdam. Remarkably, that’s the same price AMEC gives in its report for the old, high sulphur fuel ($644/tonne), because AMEC’s prices were taken in February 2013, nearly two years ago, when prices were much higher. Of course, the new fuel will cost more — but the industry has already shown it can bear such prices when oil prices were higher.

What’s the difference in the fuels?

If you’re still not convinced, it’s worth explaining what ship operators commonly use for fuel at the moment: described as intermediate fuel oil, it’s mostly made up of the residual oil that remains when crude oil is refined into petrol and diesel. In other words, it’s basically a low-grade by product of fuel refineries.

It’s dirty, cheap and accounts for the stink around all ports: the sulphur dioxide emissions which result from this low-grade fuel being used are proven to cause respiratory and heart diseases in coastal areas with heavy shipping traffic, such as Dover. They also cause acid rain and can damage fisheries.

In contrast, the new fuel, known as marine gas oil, is a refined fuel known as a distillate, that’s similar to road diesel (although still more polluting).

1. According to the Daily Mail, the hateful EU has chosen to bring forward the 2020 deadline set by the International Maritime Organisation (IMO) to 1 January 2015, in order to accelerate the switch to low sulphur fuels.

The relevant EU directive, Sulphur Content of Marine Fuel Directive (SCMF) actually came into force in July 2005, and the January 2015 rule restricting sulphur content to 0.1% for all vessels berthing in EU ports was meant to come into force in January 2010.

Extensive lobbying by the shipping industry resulted in this deadline being extended to January 2015, so the shipping industry cannot claim it hasn’t had ample time to plan and prepare for the change. In this light, the UK Chamber of Shipping’s claim that it supports the new limits but just wants time to adapt rings pretty hollow.

2. According to a P&O Ferries spokesman quoted in the Daily Mail article:

“All shipping companies will be affected – but our biggest rival, the Channel Tunnel, will not be affected.”

Eurotunnel won’t be affected this time — and guess why not? Because trains operating in the EU already use low-sulphur fuel — a change that came into force on 1 January 2012.

3. According to the Daily Mail, the change in fuel “could lead to engine breakdowns and fires”.

The article doesn’t explain how using a clean-burning fuel could cause an engine to catch fire, and even the AMEC report doesn’t mention this risk, merely stating that some fuel storage tanks might need to be cleaned out when the switch takes place.

Although I can accept that some older engines may need work to adapt to the new fuel, again, this has been defined in law since 2005, so it’s not as if shipping operators haven’t had a chance to plan for it. The change is akin to cars being adapted to run on unleaded, rather than four-star — only very old, heavily-polluting engines ever had any problems using the new fuel.

4. The increased costs resulting from the new fuels will drive freight traffic away from longer sea crossings and back onto the road, to use the shortest possible sea crossings.

Even the AMEC report itself doesn’t back up this claim. The report conveniently includes a table showing how many extra kilometres a lorry could drive for the cost of the expected ferry tariff increase.

The table makes it clear that haulage operators are unlikely to change their habits wholesale.

For example, the highest volume route for freight is Hull-Rotterdam. According to the AMEC report, the expected ferry tariff increase on this crossing would equate to extra road mileage of between 22km and 32km, if all costs are included. If operating costs only are considered (e.g. fuel and wages but not wear and tear), the potential extra driving distance rises to between 50km and 71km. However, as any international haulage operator will tell you, there are no cheaper, shorter ferry crossings to the continent within 71km of Hull.

The same arguments apply to almost all the ferry crossings listed: there is no serious case to suggest that road miles will increase due to haulage operators sending their freight to Dover to avoid the extra cost of longer ferry crossings. Even the AMEC report casts doubt on the claim’s in today’s article, saying that the need for haulage operators to account for the whole cost of extra mileage mans that “there may be an overall reduction in the switching that might otherwise be expected”. In other words, very little extra freight traffic is likely to end up on the roads.

What this article should be pointing out is that for decades, shipping operators have been allowed to use filthy, heavily-polluting fuel that is decades behind the relatively clean-burning fuels now used in all road and rail transport. Even after the new rules come in, ships berthing in the EU will still be allowed to use fuel with a sulphur content of 0.1% — 100 times greater than in road fuels.

When I was a child, even into my teens, walking along a busy road would mean smelling the emissions from queuing vehicles. That doesn’t really happen anymore, thanks to cleaner fuels and more effective emissions control technology for road vehicles.

In contrast, marine users have, by claiming to operate in international waters and in multiple legal jurisdictions, largely escaped the environmental costs we’ve all had to bear in order to cut pollution-related health problems and reduce carbon emissions.

If we have to pay a few quid more for our holiday ferry tickets, so what? A reduction in shipping emissions is long overdue. Today’s Daily Mail and Telegraph articles are little more than shameful puff pieces direct from the UK shipping industry’s lobbying body, the UK Chamber of Shipping.

However, in fairness to these two newspapers, I should point out that even the FT isn’t immune from publishing this kind of rubbish: back in June, it published a piece highlighting these same issues, including a hysterical quote from Hull East MP Karl Turner, who said he was “deeply worried that this legislation will see the withdrawal of shipping routes from Hull next year”. I’d suggest Mr Turner actually reads the AMEC report and thinks about it, rather than simply repeating what the businesses operating in his constituency tell him — he might then be able to sleep more easily at night.