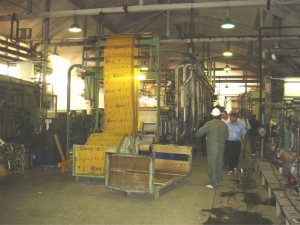 Having slated Victoria Oil & Gas plc (LON:VOG) after the publication of its 2014 results, I decided to take a look at the firm’s interim results, which were published at the end of February, to see if anything had improved.

The main areas that concerned me in the 2014 results were:

However, in Victoria’s defence, some of this expenditure should have been funded by the firm’s 40% partner, RSM, which has subsequently paid up most of what it owed.

Victoria didn’t provide a pro rata breakdown of RSM’s payments across its accounting periods, but did say that it had received $6.9m from RSM to cover its share of expenses from February 2014 onwards, while a further $1.2m was still outstanding at the time of publication.

I’ve guesstimated the amount of this expenditure incurred during Victoria’s H1 (June- Nov) as $6m, meaning that Victoria’s net cash consumption during H1 appears to have been around $7m.

Perhaps my biggest concern in 2014 was the apparent poor quality of Victoria’s receivables, and its fairly grim payables situation.

There was a slight improvement in receivables, too. Trade and other receivables (excluding monies owed by RSM) rose by 23% from $4.8m to $5.9m during the first half, as you’d expect given higher gas sales.

However, debtor days (the average time taken for customers to pay their bills) was 106 days, a modest reduction on the 120 days reported last year.

We won’t learn how this translates into good and bad debts, plus subsidised (never to be repaid?) customer installation costs, until this year’s annual report is published, but limited progress does appear to have been made.

I’ve written about the gravytrain being enjoyed by top management at Victoria before. The firm’s interims suggest that the influx of cash from RSM, coupled with rising revenues, have given renewed momentum to the firm’s remuneration habits.

My conclusion after reviewing Victoria’s 2014 results was that the firm was putting a too much of a favourable spin on its receivables, and continuing to burn cash.

Although the subsequent growth in gas sales and the new supply agreements with the local power company are a big bonus, in my view, the firm’s interim results suggest my conclusions from last year are still broadly valid.

The increase in debt is worrying, and even if this is brought under control with more regular payments from RSM, I believe Victoria’s $100m valuation is ample, if not excessive.

To keep things simple, let’s assume that means H2 revenues will be 2.5 times H1 revenues. Therefore, using the last 18 months’ figures as a guide, this is how Victoria’s 2015 income statement might look:

This is –obviously — a simplification, but as I’ve said before, it’s hard to see how Victoria will make a meaningful profit in the foreseeable future, unless perhaps gas sales rise much higher and actually manage to grow faster than the firm’s considerable overheads… (Remember, the firm’s forecast in 2011 was for sales of 44mscf/d in 2014. Actual sales were less than 4mscf/d).

There are of course, a few people who benefiting directly from Victoria’s rising revenues: the beneficiaries of the 4.5% royalty payment that comes directly off the top of the firm’s revenues. This would have been more than $500,000 during H1 alone…

Victoria Oil & Gas remains a sell, for me — especially as the firm could, in the next few years, face competition from BowLeven, whose Etinde gas field lies just offshore from Douala. BowLeven already has an outline agreement to supply a nearby fertiliser plant with gas, starting at the end of 2015…

Disclosure: This article is provided for information only and is not intended as investment advice. The author has no financial interest in any company mentioned. Do your own research or seek qualified professional advice before making any trading decisions.