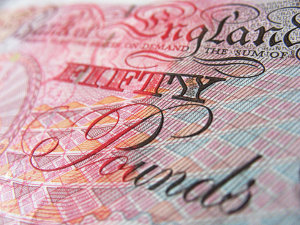 This year has seen a shareholder spring of AGM pay vote revolts and near misses, as shareholders have got tired of top executives being rewarded without any apparent connection to their companies’ financial performance and dividend payments.

The most recent example was at Cairn Energy’s AGM, where 67% of shareholders voted against the executive remuneration report to express their unhappiness at Chairman Sir Bill Gammell’s £1.4m bonus for moving from chief executive to chairman. Not only is this move against the UK corporate governance code, but the concept of earning a bonus for changing role is downright insolent.

Luckily for Sir Bill, such votes are not yet legally binding and the company gave no indication that it would back down from the controversial proposals. Whether the shareholders would have been so vociferous if Cairn’s costly exploration activities in Greenland had ended more successfully is another story…

The Real Problem Is Worse

Yet I think the real problem runs deeper than cheeky bonuses and gold parachutes, and is in danger of going unnoticed by the mainstream press and the majority of shareholders.

I believe the underlying problem is the fundamental lack of transparency and direct linkage between executive pay and key financial metrics. A look at the annual report of many big UK companies reveals complicated and opaque formulas for calculating bonuses that appear to have little direct connection to financial fundamentals such as return on capital, operating profits or dividend payments.

This shouldn’t be the case and I looked into this issue in more depth – and highlighted some exceptions to this rule – in a recent article for the Motley Fool. You can read the full story here.