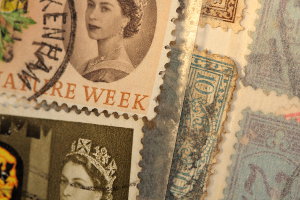 Disclosure: I have no financial interest in the companies mentioned in this article.

Having been bearish on Stanley Gibbons for more than a year now, I thought I should comment on the firm’s latest interim results.

What a dreadful set of figures they were too.

Here are a few highlights:

The firm has now admitted that its relentless and costly focus on acquisitions has caused management to take its eye off the ball at the group’s core stamp division. Chairman Martin Bralsford has pledged to reverse this decline.

I agree that the acquisitions have been overly-ambitious and highlighted the risks of Stanley Gibbons multi-year acquisition spree here.

However, I’m not sure whether the firm’s decision to blame acquisition distractions is just a smokescreen for a slump in underlying demand for rare stamps. Is the China-led boom in rare stamp collecting running out of steam?

In fairness, the company says that this year’s auction calendar is weighted towards the second half of the year, so sales could/should improve.

As various commentators have pointed out, the shares now trade close to their net tangible asset value of 90p. In theory, this should provide good downside protection. Stanley Gibbons should be able to generate some postitive cash flow to reduce debt by selling off some of its stock.

I do have a few concerns about the practicality of this approach, though:

We’ll know more when we get a trading update for the second half of the year, during which the firm’s auction calendar looks busier.

In my view, this is a finely-balanced situation with little visibility for shareholders. Things could go horribly wrong, to the extent that a rights issue or placing may be required.

Alternatively, Gibbons could stop blowing cash on acquisitions and generate some cash instead, by delivering bumper H2 trading with strong sales of rare stamps and coins. Coins and medals are sold through Gibbons’ Baldwins business and appear decently profitable at the moment.

As far as I can see, good and bad outcomes seem equally likely, at best. That is why I still wouldn’t want to be long here.