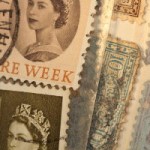 Today’s update from troubled stamp deal Stanley Gibbons (see here for my previous coverage) has triggered a further slide in the firm’s shares.

As is traditional, the update started with the good news. Targeted annualised operating cost savings of £5 million have now been secured, and further savings may be possible.

I’m also pleased to see that the company is likely to abandon its  misguided attempt to build its own eBay-like online marketplace and focus simply on selling its own stock:

the Company is undertaking a full review of its E-Commerce strategy which will refocus resources upon selling its own proprietary assets of high class collectibles and world renowned publications.

More good news — in my view — is that chief executive Mike Hall and his CFO Donal Duff are to leave the business. Mike Hall was the architect of Stanley Gibbons’ debt fuelled and ultimately unsuccessful empire-building push. It turns out that Hall and Duff were also the brains behind some quite aggressive accounting.

In an exceptionally long and hard to read paragraph at the end of today’s update, the firm provides an initial update on its new auditors’ findings.

It seems that changes will be required to Stanley Gibbons’ accounting policy for its philatelic business. As a result, “historic reported revenue and profit will be materially reduced”. There will also be a reduction in net asset value.

One of the things that consistently puzzled me about Stanley Gibbons’ accounts was why the value of the group’s inventories rose so quickly:

The group’s regular assurances that inventories were held on the balance sheet at cost led me to assume that the firm was simply buying everything possible into a rising market. Stock was also added from acquisitions.

This explanation would have been bad enough. I was already expecting big impairments in the firm’s next set of accounts. However, today’s update makes it clear that the true explanation may be even worse.

The group’s investment plans have drawn a lot of money into the rare stamp business over the last few years. One of their attractions (and I use the term loosely) was a guaranteed buyback facility. Customers wanting instant cash at the end of their plan could sell the stamps back to Stanley Gibbons, usually at pre-defined discount their current catalogue price.

These stamps were then returned to Stanley Gibbons’ inventories — but how was the cost booked? Today’s update seems to imply that they returned to the inventory at their repurchase cost, not the cost at which they were originally purchased into the business (my emphasis):

Presumably Stanley Gibbons justified booking stamps at their repurchase cost on the basis that they had been repurchased from a third party. There are two problems with this logic, in my opinion:

This historic accounting policy may help to explain why Stanley Gibbons’ operating margins and cash flow collapsed in 2014 and 2015. I imagine that company was spending a lot of cash on repurchasing stock at potentially inflated prices.

This news may also shed some light on why the company’s previous auditors resigned in Februray. The outgoing auditors considered “the risks and uncertainties associated with the audit to exceed the level that they are willing to accept.” I suspect what they really meant was that having previously signed off on Stanley Gibbons’ aggressive accounting, they were not the right people to unravel and correct it.

Is Stanley Gibbons still a sell?

I think we can be fairly confident that Stanley Gibbons’ last reported inventory value of £54.9m is going to materially impaired in the firm’s next set of accounts. But that’s already reflected in the price, to some extent.

What’s less clear is whether market conditions have continued to deteriorate. Today’s update didn’t contain any information on that front, but the firm’s last trading update (in February) wasn’t encouraging:

The Group has continued to experience lower revenues throughout the business, with sales of rare collectibles to high net worth clients being at a lower level than expected and trading being particularly difficult in the interiors division.

Today’s update makes it clear that the company is having a boardroom clear out. The CEO, CFO, former chairman and another NED are all leaving the business. New chairman Harry Wilson has become the executive chairman and will take a more active role in managing the turnaround, alongside the new Group Managing Director and CFO, Andrew Cook.

I believe that Stanley Gibbons’ stock, expertise and reputation in the philatelic sector remain valuable. I’m impressed by the speed, confidence and expertise with which Harry Wilson (who is a stamp collector) appears to be taking control of the business.

My view is that at some point soon, Stanley Gibbons could become an attractive turnaround investment.

Disclosure: I have no financial interest in any company mentioned. As a North Yorkshire resident, I can’t generally
Jul 21, 2016
7 min read
Mar
17 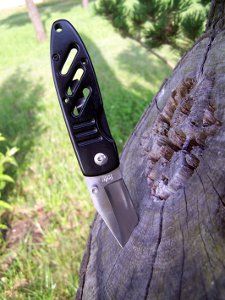