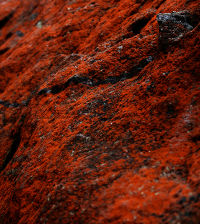 Disclosure: I own shares in Anglo American and BHP Billiton.

I’ve updated this article in the light of Anglo’s “radical restructuring” presentation on the 8 December.

Value investors are often accused of buying too soon and selling too soon.

But I can’t use that as an excuse for my poorly-timed purchases of Anglo American and BHP Billiton.

I just got it plain wrong. I massively underestimated the scale of the cyclical downturn taking hold of both companies.

For example, I took comfort from Anglo’s positive cash flow during the first half of 2015, without really considering how much further commodity prices might decline.

I can be slightly more charitable about my mis-timed entry to BHP, as much of the recent decline was caused by the Samarco tragedy in Brazil — something which couldn’t really have been foreseen.

An investor using stop-losses would have sold out a long time ago, but I don’t use stop losses and decided not to sell.

I don’t use stop losses for two reasons:

Anyway, I didn’t sell BHP or Anglo, and am now sitting on a loss of around 45% on BHP and Anglo. Ouch.

I think we must be close to the bottom, although we may not be there yet. The valuations of most of the big miners (and big oil) are starting to imply that things will never improve. That’s unlikely, in my view, although there may yet be further pain, especially for Anglo shareholders…

Update: 09/12/2015: Anglo’s Investor Day presentation yesterday was a fairly seismic event. The firm is planning to sell, shutdown or place onto care and maintenance programmes roughly 60% of its assets. The dividend will be suspended until at least the end of 2016 and then reinstated as a percentage of earnings, not a progressive policy.

The shares closed down 12% on the day.

In my view, this plan should enable the firm to survive and manage its $13bn debt burden, but we won’t see any more detail until February. It’s fair to say that what the firm is suggesting is more radical than anyone expected.

I remain a holder for the long term but would not buy (again) until greater clarity emerges.

I don’t see the point in selling now at what might be a low point for both sentiment and commodity prices. Instead, I’ve bought more shares and averaged down my Anglo position. I would be happy to do the same for BHP but don’t currently have enough spare cash in my portfolio to do so.

My logic is that while I mis-timed the cycle, I remain confident that both BHP and Anglo will make decent recoveries. On that basis, I need to lower my average purchase price to improve my chances of a decent profit when the recovery comes.

After yesterday’s update, my confidence in Anglo’s recovery is somewhat diminished but I remain a holder and suspect that something of value will emerge out of the wreckage.

At BHP, on which I am more confident, a net profit of $2.5bn on sales of $34bn is forecast this year. That’s hardly terminal. BHP shares trade at tangible book value and the firm’s balance sheet remains strong enough to cope, in my view, especially if the dividend is cut.

I remain a holder of both shares.

Disclosure: At the time of writing,I do not own shares in Lonmin. So the dust has settled and Lonmin
Dec 23, 2015
4 min read
Nov
10